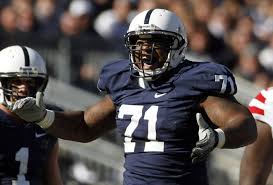 This page is going to have to serve as a place holder for the time being and as a sort of a list of links since I'm less than totally comfortable with the subject.  I actually did once make the trip to North-West Pa to look at one of Ed Conrad's fossil human thigh bones left in-situ in carboniferous shale deposits 100' below where the surface of the ground had been prior to mining operations and I am comfortable with stating that neither Ed nor anybody else in that area had the technological wherewithal to fake anything like that.  The owner of the bone would have been upwards of eight or ten feet tall.

It was common knowledge in the United States in the 1800s that there were burial mounds at numerous sites containing the bones of giant humans, and even Abraham Lincoln mentioned this once in a speech given at Niagara Falls:

But still there is more. It calls up the indefinite past. When Columbus first sought this continent---when Christ suffered on the cross---when Moses led Israel through the Red-Sea---nay, even, when Adam first came from the hand of his Maker---then as now, Niagara was roaring here. The eyes of that species of extinct giants, whose bones fill the mounds of America, have gazed on Niagara, as ours do now. Co[n]temporary with the whole race of men, and older than the first man, Niagara is strong, and fresh to-day as ten thousand years ago. The Mammoth and Mastadon---now so long dead, that fragments of their monstrous bones, alone testify, that they ever lived, have gazed on Niagara. In that long---long time, never still for a single moment. Never dried, never froze, never slept, never rested.

The question is, how does something go from common knowledge to "You must be some sort of a KOOK to be talking about THAT ****" in the space of a mere hundred years?  Better yet, do the Smithsonian Institute and similar outfits view Abraham Lincoln as a kook??  Ed Conrad uses the term "Smithsonian shenanigans" for this sort of phenomena although it seems clear enough the Smithsonian or whoever has headed up this effort has had help, i.e. that one organization alone couldn't manage such an effort.

Twenty years ago this sort of material was difficult to come up with at all but, again, the internet age is now full bloom and nobody can keep things buried like that any longer, and information appears to be turning up all over.  There appear to be or at least to once have been remains of both giant humans and giant hominids, and another claim which turns up repeatedly is that some of the skulls had double rows of teeth, which would be an adaptation for lifespans substantially greater than our own.  The attenuation in gravity which permitted ice age megafauna and dinosaurs to exist extended well into the age of man and there has always been a sort of a question as to what would have prevented humans of past ages from reaching sizes which they no longer do.

Links which appear more than usually interesting on this topic:

This page has been visited

Back to the Natural History Page